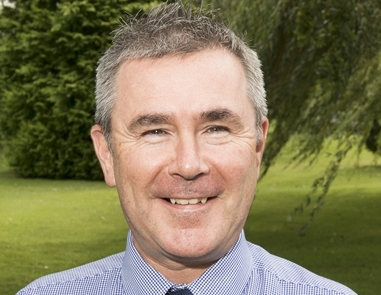 Why looking after our people must be a priority

It's a cliché but we have all joined a job where we walk towards the sorts of incidents other people walk away from. We wouldn't wish some of the things we see on our worst enemies. Yes, to a greater or lesser degree, we knew what to expect when we completed the application form but we are human. It's no wonder that sometimes some of us find our job, our reactions to incidents, the pressure on us from all difficult directions, difficult to manage.

However, if we don't look after ourselves, and if the organisation doesn't value and invest in our welfare, things can go badly wrong. In my capacity as the D division Federation welfare representative, I recently attended a wellbeing seminar organised by the Chief Constable Paul Crowther at FHQ. The event was aimed at beginning to explore all available options for officer and staff wellbeing, the take-up rate and feedback around current services, and what else might be available in the future.

Officers, PCSOs, managers and support staff were joined by reps from some of the police charities and other external organisations such as TSSA and Police Mutual. The seminar began with an input on the TRIM process and a healthy debate around the differences between stress and PTSD. What became very clear is how underused TRIM is. Between November 2015 and August 2016, more than 800 people were offered the service, but fewer than 300 went ahead with it. From the feedback, it's clear there are concerns around confidentiality and the impact on promotion prospects, amongst other issues. My personal view is that while we think TRIM is a positive step forward, we must understand that officers may not want to talk to somebody they know or work beside. Travelling to a different division and discussing matters with a stranger may be preferable to opening up to a colleague. This isn't a view shared by everyone but I think it's something we need to be aware of.

Mental health is a very real concern; I was staggered to hear that male PCs and Sergeants are five times more likely to commit suicide than the general population. Essentially, TRIM is about the organisation identifying a person has been involved in a traumatic event and is therefore in need of help and then advising them of the help available. It's not a cure-all but it can be an important first step.

The CEO of the Police Care UK, Gill Scott-Moore and the Head of Clinical Services from the Police Treatment Centres, Mark Oxley, both spoke about their support for officers with stress and PTSD. The PD Trust has researched the gaps that exist when an officer is injured on duty (looking at both physical and psychological injuries) and the Treatment Centres now provide a programme which helps officers to recognise and address mental ill health. Around 400 of the 3500 officers who went to the centres last year attended for these reasons. I see this as a positive. In the past such worries were hidden behind 'bad backs' so creating an environment where people can admit to finding things tough is essential.

On a personal note, along with our Chairman and General Secretary, I'm a strong supporter of the Police Treatment Centres. For a payroll deduction of £1.80 per week you can receive free treatment following an injury or illness. Treatment is available for both physical and physiological issues and involves a two-week residential programme at either Auchterarder or Harrogate. I was a patient at Auchterarder during the autumn of 2016 and cannot praise the centre or staff highly enough. Interestingly enough, officers can "buy" residential two-week treatments at the centre at cost of approximately £1,500. Suddenly the £1.80 per week seems like great value!

As you can imagine both Care First and OHU services prompted a fair bit of discussion. I for one didn't know that alongside the self-referral system, Care First also provides a manager support package. Issues of confidentiality mean the system can't be accurately evaluated and I'm not sure how that can be overcome. OHU referrals have increased significantly and the national shortage of OH advisors is affecting many forces. There's also sizeable demand on physiotherapy services. I used my own example of being injured and having to work ten weeks on TDR before receiving intensive treatment at the Police Treatment Centre. I'm in the same position now and am anticipating a similar delay before I'm fully fit for duties. How many other people are in this situation?

The seminar finished with inputs from Police Mutual and Met Friendly, and a discussion about the BTP Benefits Portal available via the Intranet. This is a little hard to find now but the content is going to be moved to the 'Pay and Benefits' section soon.

I was glad to have been able to attend and give my feedback on some of the support services and processes, and to share views that have been expressed to me by members. Clearly the force needs to look at confidence levels around some of the in-house support services and at the quality of those services. There's also a necessity to increase awareness of the external support available (especially from the police charities) because I certainly learned a few things.

The Federation has a role to play in championing the welfare of officers. On division I enjoy a good, healthy relationship with our OH Advisor, Kay Coleman; it's hard not to really as our offices are next door to one another! The Occupational Health team strive to raise awareness and improve wellbeing within BTP, something which the Federation fully supports. One of the ways the team will be raising awareness is through wellbeing days and roadshows that will be held throughout the year at different locations across the country. Dates and venues will be shared widely so keep an eye out for further information on BTP ONE. Please be assured that any health problems identified during these sessions will be treated in confidence.

Federation colleagues from West Dulwich are exploring potential new benefits packages that can be offered under the Federation membership scheme. I have had sight of the early proposals and there are some exciting options available to us including increased life insurance and accident cover, family travel insurance, RAC breakdown & home start cover, mobile phone cover etc. New information on member services is also being added to the Federation website. Whilst I'm not aware of discount gym membership under the proposed new deal there are links to some deals on the BTP ONE wellbeing section, and for D division officers there is the option to subscribe to SPRA (Scottish Police Recreation Association), another fantastic resource available which I can highly recommend.

Back to the wellbeing seminar and Mr Crowther closed the session by appealing for suggestions about welfare and wellbeing. If anyone has any feedback or suggestions there are several points of contact available including: