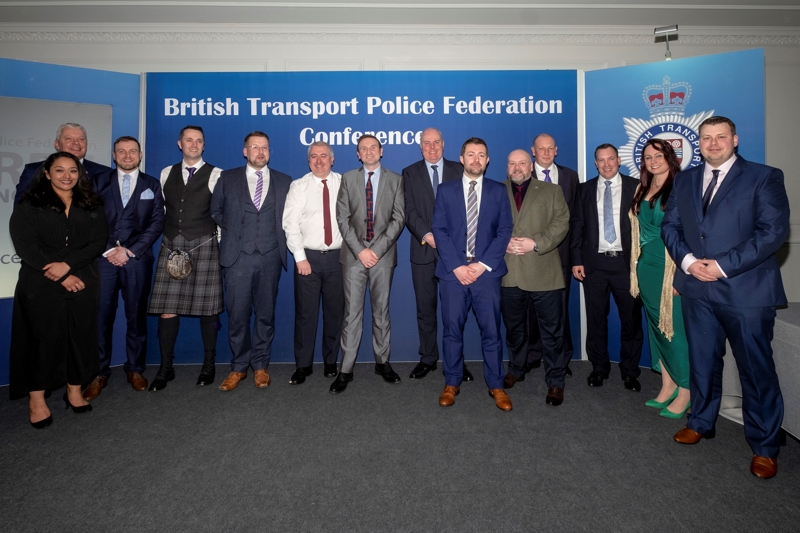 
British Transport Police officers who have saved lives, demonstrated bravery and meticulously investigated crimes have been celebrated at an awards evening in Edinburgh.

Officers received Awards of Excellence from BTP Federation after being nominated by their colleagues:

PC Darren Lee was honoured after he saved the life of a woman who had been struck by a train at Doncaster Station.

PC Richard Rowe from London received an award in recognition of a meticulous investigation which lead to a man being convicted of rape and blackmail.

Temporary Sgt Andy Taylor was recognised for saving the life of a man trying to jump from a multi-storey car park in Liverpool. Temp Sgt Taylor was off duty and in the company of his family at the time. His wife Lisa helped him to pull the man to safety.

Sgt Brian Dickinson won this year's Lifetime Achievement Award in recognition of his integrity, self-motivation and willingness to 'go above and beyond'. Sgt Dickinson has served with the force for 29 years, much of it in the North West, and was on the scene at the 2017 Manchester Arena terrorist attack and the Grayrigg train derailment in 2007.

There were two awards that couldn't be shared publicly. Three officers were recognised for their actions in saving a woman's life in High Wycombe, and an award was presented to a team which deals with very sensitive and challenging cases across the force area.

Nigel Goodband, Chairman of British Transport Police Federation, said: "Policing truly is a job like no other. The events of the last year have again proven that our officers are prepared to deal with the challenges society throws at them without hesitation or consideration for their own safety."

"Their unrelenting sense of duty and courageous responses to some very desperate and testing situations makes me proud to be a BTP officer."

The British Transport Police Federation Awards of Excellence were sponsored by Police Mutual. Videos of the award winners can be found on our Facebook page.