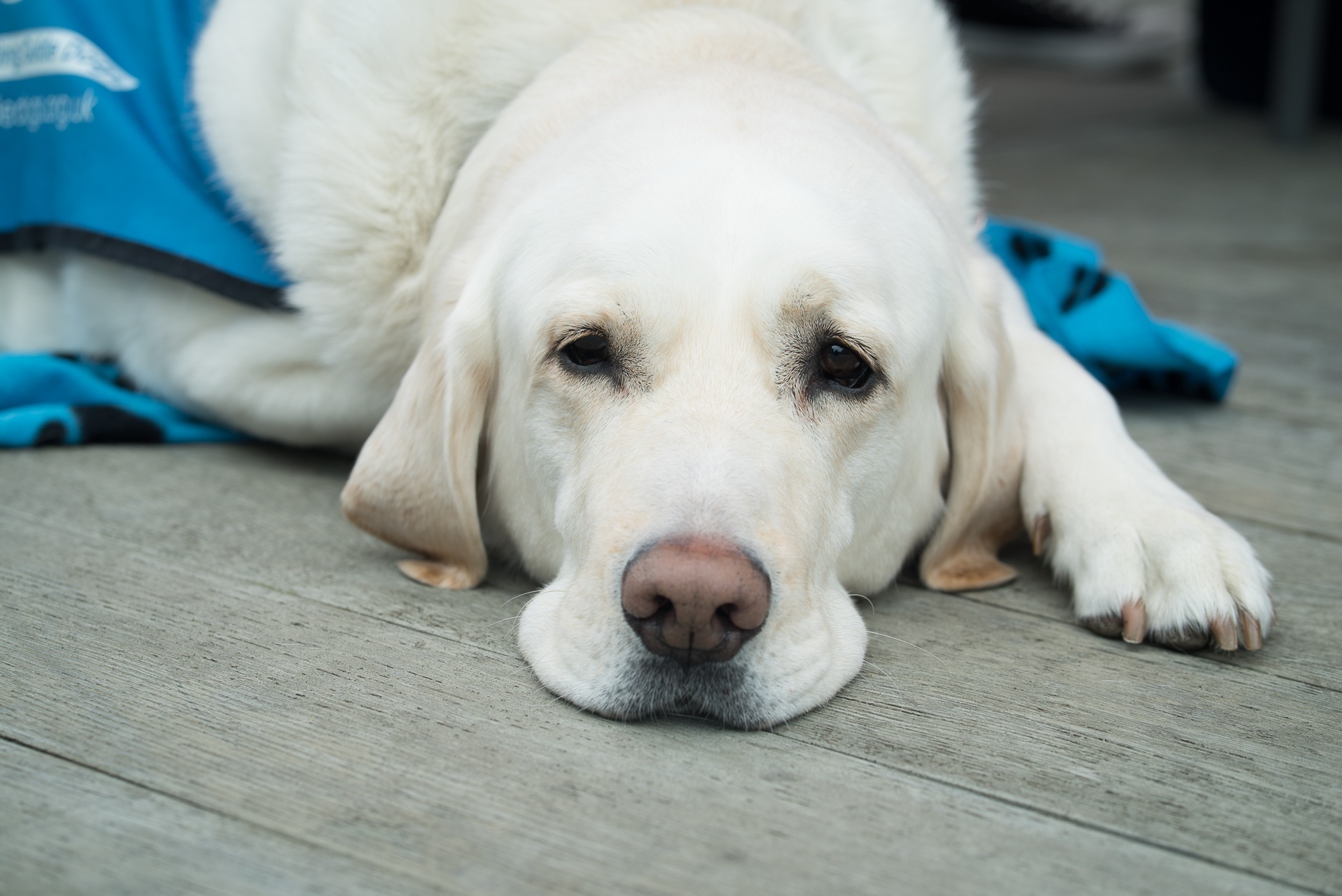 
A donation of £900 has been made to the Guide Dogs charity, thanks to players of the BTP Federation Lottery.

Each month, around half the lottery proceeds are distributed as grants and donations. Players can apply for a donation for charitable, sporting or cultural purposes. The fund also supports several retired BTP groups and helps towards the cost of members' sporting endeavours.

Guide Dogs was nominated for a grant by National Deputy Chair and Secretary of the Wales and Midlands committee, Debi Rouse. She explains why the charity is so important to her:

"I see how we use animals' skills in the police service and there is nothing better than seeing police dogs when they get that hard-earned treat or beloved toy for a job well done. I also watch guide dogs in awe. How it benefits their owners to carry out their day to day activities with a guide dog by their side.

"I appreciate these much-needed and wanted dogs having experienced, first-hand, the devastating effects of blindness. My own mother suffered with cataracts in both eyes as a child. She had to wait for them to mature and she was well into her 40's before surgery could be attempted; things were very different back then.

"I spent most of my life living with someone who was severely sight impaired; it affected every part of her life and mine as a child. What a difference a guide dog would have made to her."

According to the Guide Dogs charity:
Guide Dogs rely on donations to continue their life-changing work. Every pound raised makes a difference to people in the UK living with sight loss.

Debi said: "I see all the good work the British Transport Police Federation do and how many charities are supported via the lottery. As an animal lover, I give to animal welfare charities on a regular basis, but I have never really thought of asking for a lottery donation.

"I asked the Federation to consider this important charity for a donation and was delighted to hear they did exactly that, giving a large gift which I know will go a long way and will potentially make a massive difference to someone's life."

If you're interested in joining the Federation Lottery or want to nominate a charity or community group for a donation, visit our website for more details.

Image by Amy_Gillard from Pixabay