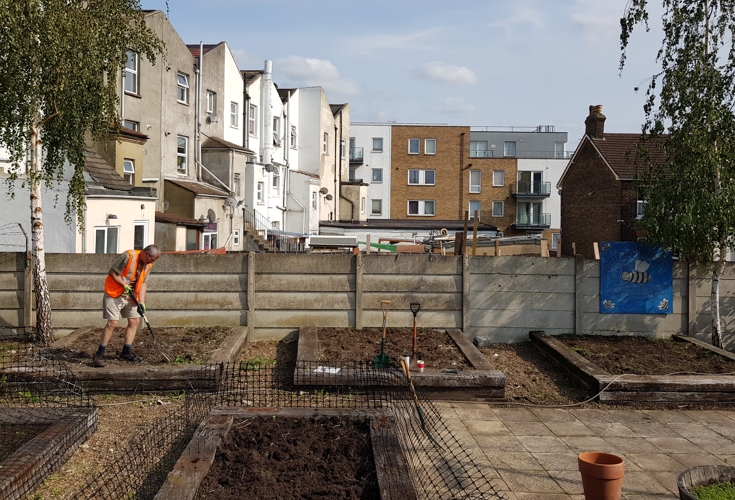 
Plans to revive a community garden project at Norwood Junction station in South East London have been given a boost with a grant from the Federation lottery fund.

The garden was founded by Breda Clifford-Murphy and her now-retired colleague Dave Kirby when they were posted at the station back in 2010. At the time, the busy station was experiencing issues with trespass and suicide.

Breda and Dave decided to transform a piece of waste ground to the side of their office with the vision of using it as metaphor to teach children and adults about track safety and the dangers of the railway.

At first it was a struggle, both in terms of the physical work and sourcing materials but after some time a keen local gardener, Alan, volunteered to help. The plot had previously been a garden with a pond so as well as reintroducing lots of flowers and greenery, the team sank a pond and created a home for lots of goldfish.

In the years that followed, hundreds of children learned about track safety at the Norwood Junction Community Garden and parents took part in open days where they could see their children's work. Incidents of trespass and suicide plummeted.

After the BTP office at Norwood Junction was closed in 2017 the garden became overgrown. PC Dave Kirby and volunteer Alan both retired and Breda was moved to Croydon.

Earlier this year Breda was visiting Norwood Junction when she was approached by rail staff about taking the garden on again. With the approval of her supervisor and help from BTP Volunteers Chris, Zane and Matthew, the garden was cleared once again. Since then, a bike marking day has been held and 50 children from nearby South Norwood Primary School have visited.

The garden project has recently received a grant of £365 from the Federation lottery fund after Breda Clifford-Murphy made a request for support to renew tools and buy new flowerpots. Federation Treasurer, Pete Kingham, presented the cheque to Breda and Dave, in company with Fed Rep, Brian Williams. 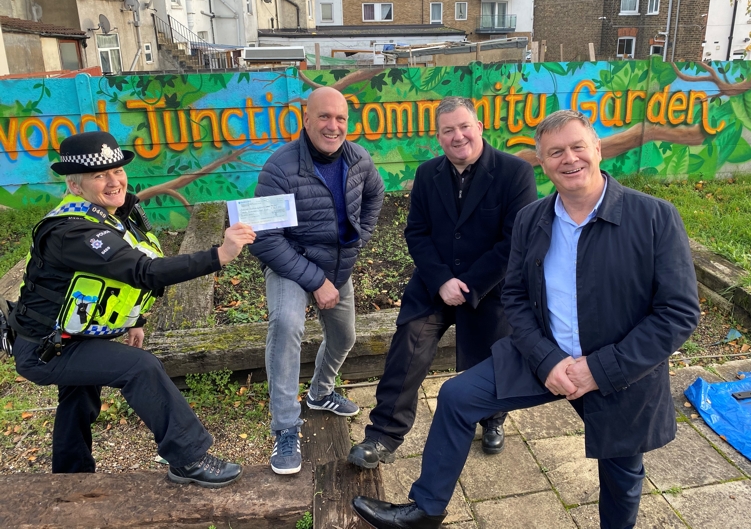 Breda said: "We are now looking forward to bringing the garden to life in 2021 under the umbrella of SEW: the S stands for safety, sow seeds; E stands for education and excitement; W stands for wellbeing and weeds.

"We are hoping to have wellbeing Saturdays for BTP colleagues to come and enjoy the space, whether to sit by the pond or do a spot of weeding or planting.

"We are truly grateful for the help to renew our tools and pots so we can invite our local schools and BTP staff to enjoy the space."

If you play BTP Federation's lottery you can nominate a charity, community group or good cause to receive a donation. Download the nomination form.