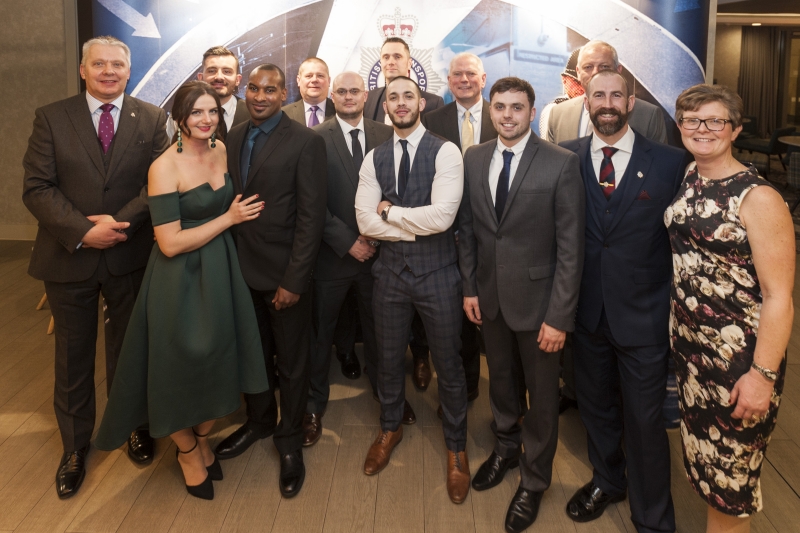 
The bravery and commitment of British Transport Police (BTP) officers has been celebrated at an awards evening in Manchester.

PC Tom Campbell and Sgt Chris Morbey accepted an award on behalf of the officers who responded to the devastating Croydon tram derailment in November 2016.

PC Simon Baxter, PC Cath Daley and DC Mick Connor received an award for the officers who dealt with the aftermath of the horrific attack on Manchester Arena last May.

PC Neill Allan and PC John Paul O'Kane (Glasgow) prevented a man jumping hundreds of feet into the River Clyde on their lunchbreak from court.

Sgt Michael Jackson (Leeds) received a lifetime achievement award for his dedication and commitment throughout his 40 years' service with BTP.

"Some of these incidents made the news around the world. Others didn't hit the headlines but nonetheless highlight the very challenging incidents our officers respond to."

The British Transport Police Federation Awards of Excellence were sponsored by Police Mutual.

Stephen Mann, CEO of Police Mutual, said: "Having the opportunity to give our support to these awards is a real privilege. Police officers and staff at the British Transport Police face extremely challenging situations across Britain, and they do a remarkable job of meeting these challenges alongside all the pressures that go with modern day policing."

NB. Due to legal reasons, details of awards presented to two officers cannot be released at this time.