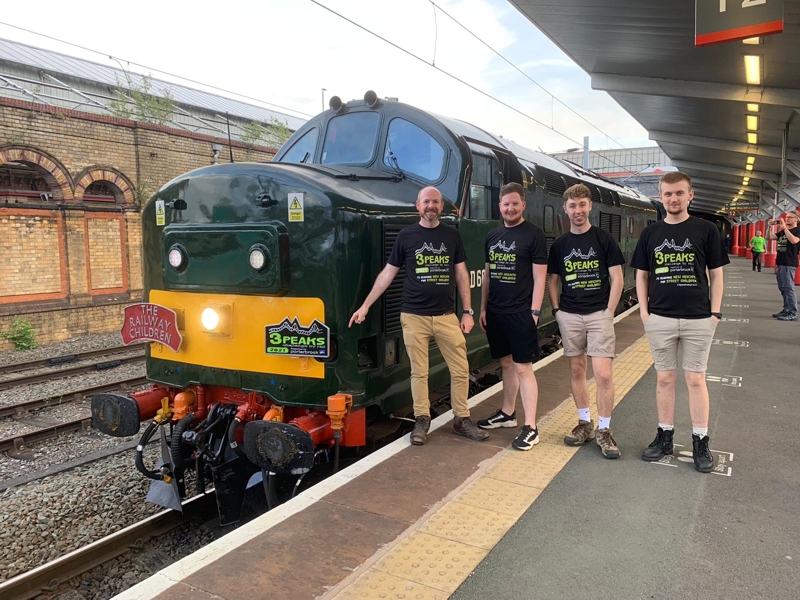 Four BTP officers who tackled the Three Peaks in aid of a charity that supports vulnerable children have been delighted by the response to their challenge.

Earlier this month, three Special Constables and one former Special (now a regular Police Constable) climbed the highest peaks in England, Scotland and Wales. They had aimed to raise Ł3,500 for the Railway Children charity, which helps vulnerable children who end up on and around the rail network here in the UK and abroad. Donations have topped Ł4,300 and the total continues to rise.

Fittingly, Jacob Chance, Jack James, Ross Easton and Ben Clifford travelled by train between the peaks, snatching a little shut-eye when they could.

Ross Easton said: "Completing Three Peaks in a time of 38.5 hours in the end was the hardest physical and mental challenge I've overcome. I managed a grand total of four hours of sleep - on the floor of the train - between the climbs and picked up an injury on Ben Nevis. But we did it and I'm so proud of myself and the team. 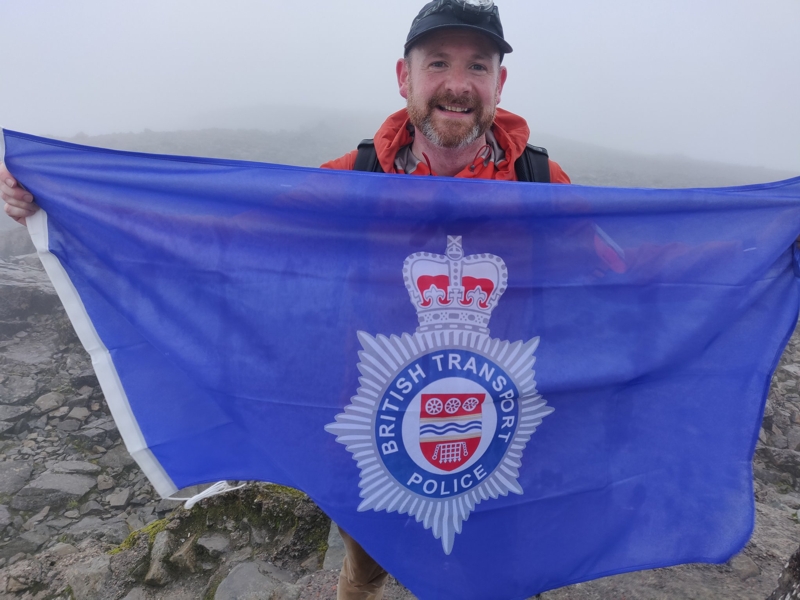 "It's painful to think that the challenge we faced over those three days is nothing in comparison to the struggles of millions of children who find themselves alone and on the streets. I'm proud to fundraise for Railway Children and pleased that the money we have raised, and continue to raise over the next few weeks, will support their fantastic work here in the UK and around the world."

As is so often the case with this challenge, the officers encountered treacherous weather conditions.

Ben Clifford said: "The weather was fairly dire for all three mountains, with the draining effects of being constantly damp and navigating slippy conditions adding to an already tough challenge, however there's a real sense of achievement from not just having completed the Three Peaks personally, but also being involved in this successful fundraising effort.

"The Railway Children do important work, which BTP is directly engaged with, and like many charities have suffered with income generation difficulties over the pandemic. It's therefore been really good to see so many people donate so generously - thank you."

You can show your support for Jacob, Jack, Ross and Ben's efforts by making a donation and leaving an encouraging message on their fundraising page.

About the Railway Children charity
Every five minutes a child runs away from home in the UK. Thousands of vulnerable children pass through railway stations every day and most of us wouldn't even spot that they were in danger.

These vulnerable children face dangerous risks such as child sexual exploitation, trafficking, and drug running. Perpetrators are determined and skilled at seeking out and befriending and grooming young vulnerable people who will then be subjected to exploitation and abuse.

Railway Children has been fighting for children alone and at risk on the streets for over 22 years. During that time, they have reached more than 275,000 children in India, the UK and East Africa.