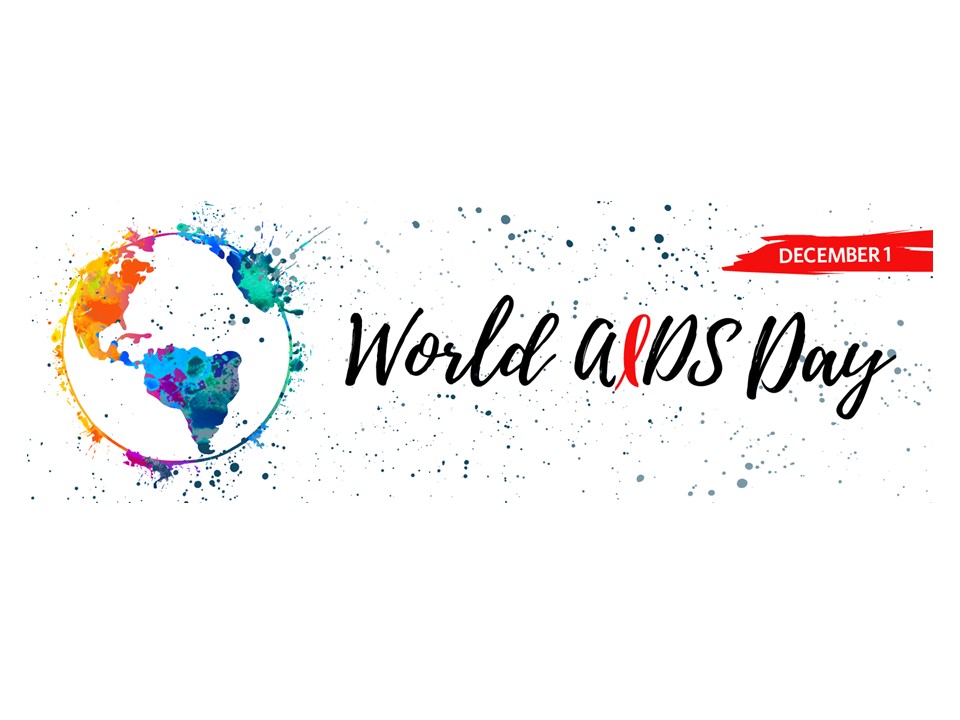 
Today (1 December) is World AIDS Day, an opportunity to remember those who have died from an AIDS-related illness since the pandemic began over 40 years ago. The day is also used as a focal point for campaigns which aim to fight the stigma and correct some of the myths surrounding the virus, as well as showing support for those living with HIV.

Much has changed over the last 40 years in developing effective treatment for those living with HIV, however the stigma associated with being HIV positive still exists. Shockingly, an article published to mark World AIDS Day in 2019 reported that following a survey carried out with those aged between 20 and 40, effectively those born in the midst of the AIDS crisis in the 1980s and 90s, that 28% of respondents said that they "wouldn't hug someone" who they knew to be HIV positive. This is a shocking statistic and a worrying indication that younger communities have less understanding of HIV and AIDS than previous generations.

"The LGBT+ community, particularly gay men in the early years of the pandemic, experienced first-hand the stigma associated with HIV and AIDS. As a result, the gay community has been at the forefront in the fight against not only the disease itself, but the demonisation and social ostracism that came along with it; having to combat the fear, hysteria and many of the myths associated with what was inaccurately being labelled the 'gay plague' for many years.

"The HIV virus has never discriminated. However, the gay community were increasingly finding that society did, as their association with the HIV virus became inextricably linked. This association remains to this day, even though infection rates are seen equally amongst heterosexual people. That's why it's so important that we correct the many myths and inaccuracies around the HIV virus."

"HIV stigma is a massive problem because of the false information, beliefs and lack of understanding. Unless you are living with HIV, like any other long term illness or disability, you just cannot comprehend the impact of the stigma associated with HIV".

"As police officers we should all know the importance of the words that we use; language that may have negative meaning and detrimental consequences for those experiencing mental health, ill health or disabilities. We can all do our bit to stop stigma by being more supportive, less dismissive and understanding how our behaviour and language can have an impact".

Why is the Remembrance Day so important?

Here in the UK there are an estimated 105,000 people living with HIV and for those on effective treatment and with an undetectable viral load, the HIV virus is not transmissible.

"Since the start of the HIV/AIDS pandemic in the late 1970s and early 80s, many police officers have been bitten or spat at by those who have tried to weaponise HIV (claiming that they are HIV positive when interacting with officers). We have to remember that they do this purposefully in order to instil fear and panic in the minds of those officers, but the risk of transmission in this way is practically zero.

In addition to the numerous scientific studies undertaken over the many years of the pandemic, independent research was undertaken as recently as 2017 following the implementation of spit hoods across policing which found in their conclusion that

"There is no risk of transmitting HIV through spitting, and the risk through biting is negligible."

Responding to the research, Barry continued:

"By reinforcing the message that being spat at could result in an officer acquiring HIV, we're only reinforcing the stigma of HIV and AIDS and are maintaining a disproportionate 'fear of HIV' in the minds of police officers."

Terrence Higgins Trust, the UK's largest HIV charity, specialises in providing one to one support for anyone living with HIV or who may be concerned about HIV or AIDS. You can also find more information, advice and guidance here:
For more information about HIV and how those who are receiving effective treatment and have an undetectable viral load cannot pass the virus on to others take a look here: "U=U" (undetectable = untransmissible)

Confidential support, advice and guidance is also available from BTP's LGBT+ Support Network by emailing LGBTPlus@btp.pnn.police.uk or you can contact Barry Boffy, Head of Inclusion & Diversity directly in absolute confidence.